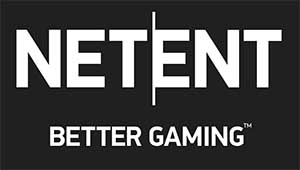 There are many online casinos that stock games from leading iGaming software developer Net Entertainment, or NetEnt as it is widely known. NetEnt is headquartered in Sweden and employs more than 1000 staff across its various offices. With the level of care and regulation surrounding its products, you can rest assured if you are playing at a Net Entertainment online casino you will find great games in a safe environment.

NetEnt supplies 100s of online casinos with real money slots, live games such as blackjack, roulette and baccarat, and its reputation is impeccable, with the company a regular award winner at various industry events.

While the company may not be as big as Microgaming or Playtech, NetEnt has made up considerable ground to firmly entrench itself as a leading light in the industry.

There are hundreds of online casinos that have content agreements with NetEnt, with varying levels of commitment. For instance, some online casinos may only have NetEnt slots, while others may use its full solution. NetEnt is often also part of a White Label solution in gambling where it is installed on a platform with many other software providers. The worldgamblinglist.com team believe the following online casinos are the best to play Net Entertainment games:

At a glimpse: Net Entertainment

NetEnt is a premium developer of digitally distributed gaming systems used by the industry’s most reputable online gaming operators. Its products include online casino games, live dealer games and mobile casino games and they all deliver high entertainment value thanks to its rich graphics, exciting animations and innovative features. The company is led by CEO Therese Hillman, who replaced Per Eriksson in May 2018.

NetEnt gives the gambling industry plenty of notice when it comes to releasing new slots games, with a roadmap generally released every quarter which highlights the games about to be released. There is not often a month where NetEnt does not release a new slots game. Here are the latest slots games by NetEnt.

Temple of Nudges: A high-profile release from NetEnt, Temple of Nudges is jungle-themed and is basically a treasure hunt for a whole heap of gold. The game is a 5×3 video slot with 243 different ways to win. The highlight is when you trigger the “nudge” feature where the reels automatically move one symbol down after a successful win, giving you another shot at winning. This Nudge feature runs until there are no winning combinations on your screen.

NetEnt provides some of the slickest online casino products on the market and the WGL is told several of its games are among the most popular at large-scale gambling sites. The online slots created by NetEnt are absolutely first-rate and have some of the biggest followings in the industry. NetEnt slots games are released generally on a monthly basis and its catalogue now boasts more than 300 titles — putting NetEnt firmly in the frame as one of the bigger players in online gambling. To top this off the company also has a first-rate live product, meaning online casinos in some cases use NetEnt as a full solution for their product.

What makes Net Entertainment so popular?

There are a number of factors that make online casino company Net Entertainment so popular, with the main one being that it provides quality games. However its reputation in regulated markets is also first-rate, with the company constantly pushing into regulated or re-regulated markets. Some of the other factors that make NetEnt one of the premier online casino software companies are:

The casino games library of Net Entertainment also includes unique games; each has its own distinct characteristics and features. For example, some of the unique featured games on offer include Finn and the Swirly Spin, Motorhead and one of the most popular online slots of all time, Starburst, which follows a Candy Crush theme.

To improve the gaming experience and to introduce new innovations, NetEnt has made a lot of deals with third- party companies. For instance, in collaboration with TM and Universal Studios, Net Entertainment was granted a licence and created Scarface and Frankenstein video slots.

Net Entertainment continues to improve its technology and products and the overall gaming experience. Security is also top priority for this software brand and it uses the latest security measures to maximise safety.

At the end of 2011, Net Entertainment launched its first mobile casino game called Gonzo’s Quest. Since then changes have been made to improve and maximise the mobile gaming experience but retain the great graphics. The mobile games are developed for all smartphones; they have unique sound support and rich graphics and have simplified keypad and navigation to ensure good user interaction on a mobile device.

Now NetEnt brands its mobile games under the Touch brand, which is an obvious reference to the touchscreen nature of mobile phones and tablets. The Touch Range is regarded as some of the best mobile casino games in the industry.

NetEnt progressive jackpots can be either local or pooled. In other words, they can either be won at one online casino or they are connected to a much larger network and with more online casino operators. Some titles include the Hall of Gods, Mega Fortune, Arabian Nights, Mega Joker and so on. The NetEnt progressives network has paid out 10s of millions of Euros over the years, putting it firmly among the biggest online slots providers in the world.

Net Entertainment is one of the pioneers in the online gaming industry. It was founded in 1996 by a Scandinavian leading land-based casino operator. This experience in real life casino operations is what makes this software so successful.

The uniqueness of NetEnt is that it not only focuses on developing online gaming product, but also because of the fact that this brand doesn’t have casino operations of its own nor is it interested in having one. As a result, there is no conflict of interest between the software brand and its customers.

In February 2019, NetEnt through its American arm, NetEnt Americas LLC, announced it had successfully received a permanent Casino Service Industry Enterprise Licence from the New Jersey Division of Gaming Enforcement, which allows it to provide games to licensed operators in the state permanently. NetEnt had been operating in New Jersey since 2015 on a temporary licence.

Weeks later, NetEnt announced it had been awarded an Interactive Gaming Manufacturer Condition Licence by the Pennsylvania Gaming Control Board. This licence allows NetEnt to operate in the newly-regulated online casino market in Pennsylvania.

This move continued the company’s push into the USA which, state by state, is slowly regulating online casinos following the successful repeal of the PASPA ruling.

Also in March of 2019, the company announced the biggest progressive jackpot winner for the year, with a 65-year-old lady winning €4,333,667.97 after laying down just €4 on a round of spins at well-known online casino Betsson. The win, which came on popular progressive Mega Fortune Dreams, was the second big win of the month announced by NetEnt after a €3,542,863 windfall was handed out.