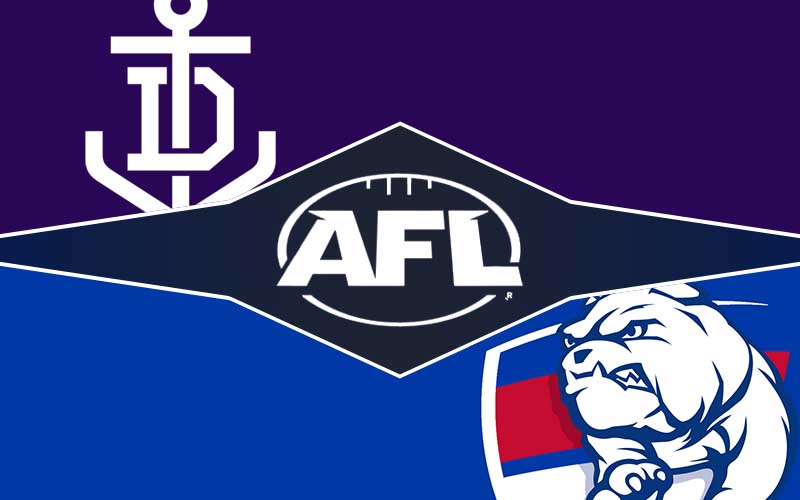 Welcome to our Fremantle v Western Bulldogs betting tips, prediction and odds update ahead of their AFL round 18 clash at Cazaly’s Stadium in Cairns on Sunday night.

This has been one of the most eagerly awaited clashes of the round, given its importance in deciding who plays finals football.

After the results of the Friday and Saturday matches the equation has become simple: If the Western Bulldogs beat Fremantle, they will be in the final eight; if they lose, Melbourne will claim eighth spot and get a crack at the finals action.

If the Dogs do win, their opponents will not be know until after Monday night’s Port Adelaide v Collingwood match at the Gabba which finishes the round.

It is certainly not a given that the Dogs will beat a Dockers team that has shown great promise this year under new coach Justin Longmuir.

The Dockers won their only previous game in Cairns a few weeks back when they stunned Melbourne at Cazaly’s Stadium.

The Dogs must also overcome a poor recent record against the Dockers, who have won eight of the past 10 meetings between the teams. In the most recent clash though, the Dogs won by 47 at Marvel Stadium in round 19, 2019, when Jack Macrae carved up the Dockers with 38 possessions.

The Dogs played last Sunday, when they thumped Hawthorn at Adelaide Oval, while the Dockers had little trouble beating North Melbourne by 64 points a day earlier at Metricon Stadium.

The Dockers had bad news at the selection table, with star player Michael Walters ruled out with a foot injury. Rookie Tobe Watson was dropped, with veteran former Tigers player Reece Conca and exciting forward Liam Henry coming into the line-up.

The Dogs brought back some experience with Easton Wood included after recovering from a hamstring, along with Patrick Lipinski. Matthew Suckling and Toby McLean were both ruled out through injury.

Read on for our free Fremantle v Western Bulldogs tips ahead of their clash at Cazaly Stadium on Sunday.

We have been right on the Wallis bandwagon this season as he has reinvented himself as a dangerous small forward. Wallis is such a clever footballer and is averaging 1.4 goals per game this season. No reason he can’t celebrate his 150th match for the Dogs with at least two goals.

Check the odds at PlayUp on game day!

Tri-bet: Either Team Under 15.5 points

This option is paying $2.45 with leading bookie PlayUp. We expect the Dogs to win but it will be no surprise if the much-improved Dockers make them really earn it. There is no tomorrow for the Dockers and sometimes that means a team can play with real freedom.

We will be tuning in for this one, as will all supporters of the two teams as well as all those Melbourne fans hoping against hope that the Dockers will rise to the occasion. The Dockers have had a good solid, rebuilding year under their new coach, and they have a few wins against top-shelf opposition to their name this season. The Dogs are a dangerous team that a few of the top four teams will be hoping don’t make the finals. We think they will. Our final Fremantle-Western Bulldogs prediction: The Bulldogs by nine points.

How can I watch the Fremantle vs Western Bulldogs AFL clash?

How can I bet on the Dockers v Bulldogs round 18 AFL game?

What time does the Dockers vs Western Bulldogs game start?