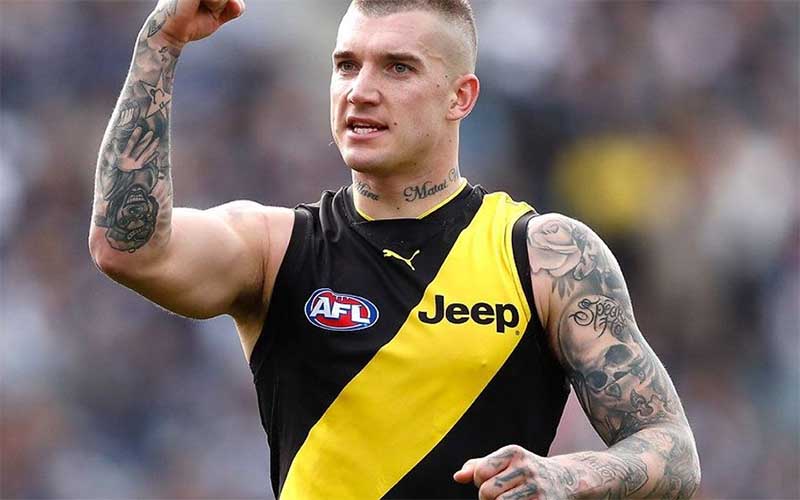 Welcome to our Geelong v Richmond betting tips, prediction and odds update ahead of their AFL round-17 clash at Metricon Stadium on Friday night.

This is one of the matches of the season, given the Cats are third on the ladder and the Tigers fourth and the animosity between these teams. The winners of this clash are almost assured a top-four place and a double chance in the finals, with just one round remaining after this one.

Both teams have been in superb form in the second half of the season, with the Cats winning their past six matches, and Richmond six of their past seven.

Bookmakers rate them as the top two in betting to win the 2020 premiership, though that could change in a big way after this match; a loss for Richmond is likely to cost them a top-four spot.

Geelong are coming into this blockbuster off a short break, having last played on Sunday against Essendon at the Gabba. To be fair, that was little more than a warm-up drill as they pumped the hapless Bombers by 66 points.

Richmond have not played since Wednesday, September 2, when they fought off a spirited Fremantle side.

They have had their share of dramas in the time since as fringe players Sydney Stack and Callum Coleman-Jones were caught fighting outside a strip club and breaching strict COVID-19 protocols. The pair were banned for 10 matches each by the AFL and fined; it should not have any short-term effect on the Tigers’ prospects but hurts their depth and could bite if they suffer any injuries.

Richmond have won four of the past five matches between the teams, including their most recent match, a preliminary final at the MCG when the Tigers came from behind to win by 19 points in front of 94,000 fans.

In their other meeting in 2019, the Cats thrashed a depleted Richmond by 67 points in round 12.

Before Richmond’s emergence and their victories in four of the past five contests, the Cats were the stuff of nightmares for the Tigers’ frothing legion of fans. Geelong won 20 of the previous 21 meetings between the teams dating back to 2001, including a 157-point thrashing in 2007 that ranks as one of the lowest points in Richmond’s history.

Grimes is particularly important with Geelong spearhead Tom Hawkins enjoying one of the best seasons of his long career. Tigers defender David Astbury (knee) will miss at least another week.

Geelong have the healthiest list in the AFL a few weeks out from the finals, with veteran on-baller Joel Selwood (knee) to miss the match as the Cats take a conservative approach.

The Cats made just two changes for this clash, bringing in big ruck/forward Esava Ratugolea and veteran Irish defender Zach Tuohy, who is playing his 200th game. Recruit Josh Jenkins and midfielder Zach Guthrie make way for the pair.

Read on for our free Geelong v Richmond tips ahead of their clash at Metricon Stadium from 7.50pm on Friday.

Richmond to win/match total over 96.5 points

All form points to a Geelong win but the Tigers are a fiercely competitive outfit and we can’t help but feel the expected wet conditions on the Gold Coast will suit their relentless style. Geelong are also a battle-hardened outfit with plenty of big bodies but when it has come to the crunch in recent important contests between these teams, the Tigers have been too strong.

Tri-Bet: Either team to win by 15 or less

If you are unsure about who will win this contest this is a fairly safe option, given the conditions. We don’t expect either team to break away for a big win here.

Check the odds at game day with PlayUp. Lynch is the sort of player who needs only a handful of touches to be decisive in these big matches. His signing for the Tigers played a huge part in their 2019 flag and he is back on home turf here as long-time Suns player. He will be well used to the conditions and he also is a always a good chance of getting on the end of a couple of simple goals by virtue of the Tigers’ hard-running style. We expect he will kick at least three goals.

Check the odds at Play-up on game day!

This Cats-Tigers match-up is one of those games that get even the most battle-weary AFL fan up and about. We can’t wait for the first bounce and hope that conditions remain good enough to do justice to the game. The Cats are in great form, but with the notable exception of their thrashing of Port Adelaide, their winning streak has largely been against the weaker teams. Richmond have stepped up in all their big matches lately, and could not have been more impressive in ending West Coast’s winning streak in brutal fashion. They are like a cornered wild animal at the moment, copping lots of flak for their apparent arrogance and off-field indiscrtions. It will be fascinating to see if the Cats can deal with the full force of the relentless Richmond game plan. It’s never pretty but the Tigers’ style is so effective in high-stakes, high-pressure matches. Our final Geelong v Richmond prediction? Tigers by seven points.

How can I watch the Cats-Tigers AFL clash?

How can I bet on the Cats v Tigers round 17 AFL game?

What time does the Geelong-Richmond game start?