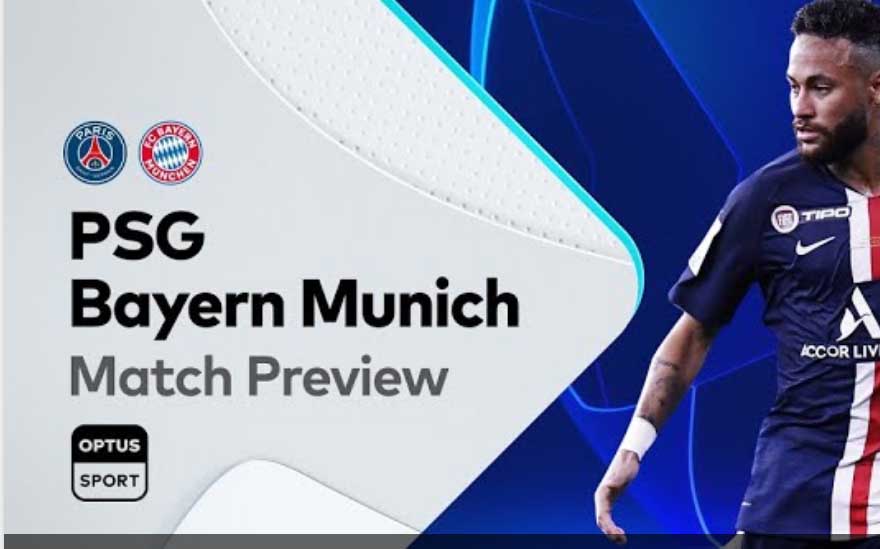 It has been an unusual season of the UEFA Champions League due to the COVID-19 pandemic. The spectacular tournament in Lisbon is coming to an end, and it all comes down to the Champions League Final. Who will be crowned the European champions for the 2019-20 season?

We find out on Sunday when Paris Saint-Germain meet Bayern Munich. The match will be played at 9pm CET at Estadio da Luz in Lisbon. Check out our PSG V Bayern betting picks, match prediction and discover the latest UCL final odds.

PSG won everything that could be won at home this season. That includes the French Cup (1-0 against Saint-Etienne in the final) and the last edition of the League Cup (defeated Lyon after penalties). At the time when Ligue 1 was cancelled due to the virus, Paris FC had 12 more points than second-placed Marseille (68-56), and they deserved that title, too.

The French team might have Icardi, Neymar, and several other players who can score, but it is their defence that is holding firm. PSG have conceded only one goal in their past five matches after the Covid-19 break.

Atalanta scored that goal and almost eliminated PSG in the quarter-final of the Champions League. They needed a lot of luck to turn it around in stoppage time (2-1) and get to the semi-final. That gave them the confidence boost they needed, and they played well in the convincing win against Leipzig (3-0) in the semi-final.

Lyon eliminated Manchester City and Juventus, but they couldn’t do anything against Bayern. This giant was too strong for the French side, and it was a convincing win (3-0) for the Munich team in the semi-final. Still fresh in our minds is their remarkable win against Barcelona (8-2) in the quarter-final. Bayern also won two matches against Chelsea in the last 16 (4-1, 3-0).

The German side has won 10 from 10 matches in the Champions League this season. They have scored 42 goals on the way, making their average 4.2 goals per match!

In 2020, Bayern has played 26 matches in official competitions. They have won 25 and had one draw (Leipzig, 0-0). The Munich team ended the Bundesliga with 82 points, 13 more than Borussia Dortmund. The icing on the cake was winning in the German Cup final (Leverkusen, 4-2). It has truly been a season to remember, but can they crown it with a European trophy?

PSG have multiple injury problems. We probably won’t see midfielder Marco Veratti and left-back Layvin Kurzawa. Keylor Navas suffered a hamstring injury against Atalanta and is considered doubtful for the final. Idrissa Gueye wasn’t in the starting line-up against Leipzig due to injury, but he is likely to return on Sunday.

As for Bayern Munich, centre-back Jerome Boateng was replaced due to a minor muscular injury in the semi-final. Benjamin Pavard is still on his way to a full recovery, but this is the UCL final. That is why they are likely to feature, if only as substitutes.

As always in our football betting analysis we have given our top tips. Bayern Munich v PSG betting is reasonably even, with the German side at $2.00 to win. There is some value to be found in our PSG v Bayern Munich picks:

Bayern to win and both teams to score

PSG are so good on the counter-attack and in their current form you would expect them to score. But Bayern on recent form seem likely to stomp any team that comes their way and they will also exploit PSG’s susceptibility to counter attacks.

The odds for Bayern to win and both teams to score are at $2.89, which is worth trying. If you believe the German club won’t concede any goals, the odds of them winning and being the only team scoring are $4.75.

Both teams scored at least once in all their UCL matches this season, and everyone will be motivated for the big game. That is why you can try betting on over 3.5 goals. If you are brave, how about wagering on over 4.5 goals at $3.12.

It will be a spectacular battle between two teams who dominated their national competitions this season. The Bayern Munich squad seems like an unstoppable machine at the moment. While Neymar, Mbappe, and the PSG gang have plenty of quality, we don’t think they stand a chance against the German side. Bayern Munich just look more organised through the midfield and they will look to exploit some structural flaws, as they did so ruthlessly against Barcelona. That is why we are tipping that it will be Bayern lifting the European trophy in Lisbon on Sunday evening. Our final PSG v Bayern match prediction? Bayern to win 3-1.