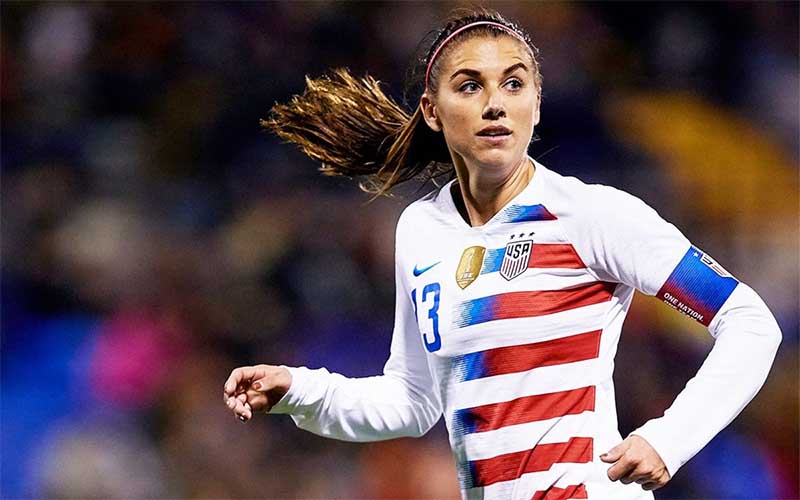 THE USA have been installed extraordinarily short favourites in betting to win the FIFA Women’s World Cup final against the Netherlands at Parc Olympique Lyonnais on Sunday.

Team USA qualified for the final of the World Cup, being played in France, with a 2-1 victory over England, and deserve favouritism at this tournament given their record on the big stage.

But the Netherlands have been clinical in their past two matches, including a 1-0 semi-final win over giant-killer Sweden, who knocked tournament fancy Germany out of the event.

With the pay dispute still thundering around the hallways in France, the popularity of women’s soccer cannot be questioned, with Nike announcing the USA jersey had become the highest-selling, eclipsing the men.

But it’s not all smooth sailing for the USA, with Megan Rapinoe racing the clock to be fit for the final, with the star goal-scorer sitting out the semi-final with a hamstring injury.

The Netherlands, who are the European champions, scraped through to the final with a 99th minute extra-time winner against Sweden from Jackie Groenen, after a deflected shot from Vivianne Miedema. But prior to this late winner the match had been a dour affair.

We’ve taken an early look at the USA and Netherlands betting and presented our best bets and predictions ahead of the World Cup Women final.

Things to consider before betting:

The football experts at the World Gambling List present you our early best bets, ahead of the FIFA Soccer World Cup final between Holland and USA.

While we’re sure that being in the World Cup final is motivation enough, Alex Morgan has the added motivation of gunning for the Golden Boot Award. Wouldn’t it be sweet to see the Orlando Pride star pull out her next bizarre goal celebration after her “Tea sip”, the one she pulled out to mock England. What will she do against the Netherlands? Pull out a pair of clogs? Pretend to smoke a joint? We’re not sure but she’s a gun footballer and still offers some nice value at WilliamHill, with her price in betting expected to be around +200 when the markets are released.

While we think the USA should be favourites and deservedly so, the fact that the Dutch are at +650 in betting is extraordinary in a two-horse race and in such a big game. The Dutch are extremely well organised down back and have enough structure and firepower to trouble the USA. The Dutch are emerging as a new powerhouse on the world stage and it’s just a matter of time until they upset the USA in a big game.

The Dutch kept a clean sheet against Sweden, winning 1-0 and it’s hard seeing them getting blown out of the water in this one, even if USA forward Megan Rapinoe does recover from injury. If the Dutch score early we are likely to see the US play with some extreme freedom which could lead to goals. If the match is tight early and there are no scores this bet could be in trouble. The over 2.5 goals is paying +100, while the under is paying -140.

We’re predicting a World Cup final for the ages, with the USA winning 2-1. If the Netherlands win it will be a huge windfall for online betting sites with reports indicating most money is flowing in for the USA. The World Gambling List will release further USA vs Netherland predictions closer to the kick-off.