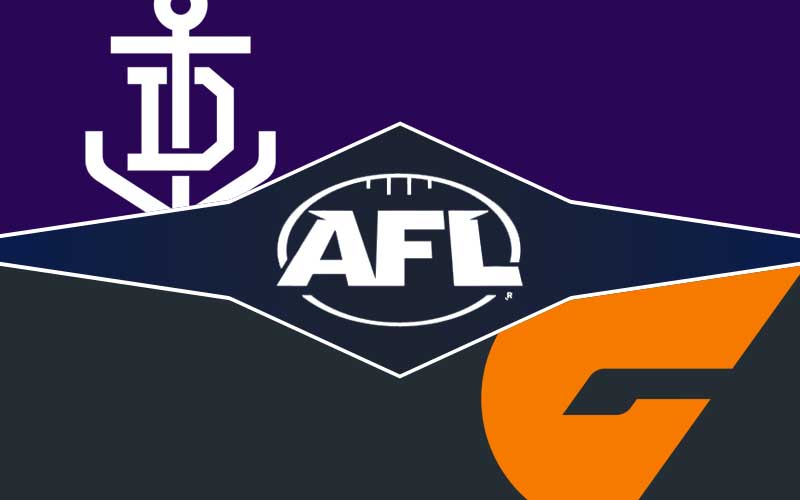 Welcome to our Fremantle v GWS betting tips, prediction & odds update ahead of their AFL round 14 clash being played at Optus Stadium on Saturday.

The Dockers are probably too far back to make a late finals run despite their improved form, but GWS must win to keep themselves in touch with the top eight.

Fremantle kissed their finals chances goodbye a fortnight ago when Carlton beat them with a long bomb after the final siren, but they bounced back to form with an easy 31-point win against Sydney on Saturday.

GWS are coming off a two-goal loss to the West Coast Eagles on Sunday in a game which showed they can still match it with the big dogs, despite their mixed form in 2020.

The Dockers won their last encounter against GWS in round five last season, but plenty of water has gone under the bridge since this game, with Justin Longmuir now their coach and the club in a rebuilding stage.

The Giants are paying $1.55 to win this clash and keep their finals dream alive, while Dockers ($2.45) seem a bit long in the betting given their strong form in recent matches. The $1.90 line with Unibet has been set at 9.5 points.

GWS will lose tough midfielder Callan Ward after his finger injury against the Eagles, and Phil Davis is battling with an injury to the opposite knee to the one that has kept him out of their past three games.

The Dockers have cleared ruckman Rory Lobb to play against the Giants after he suffered an ankle injury on Saturday, but Travis Colyer is still another week away with his hamstring. The Dockers will however be boosted by Griffin Logue in the coming weeks with the key defender set to join his team’s Cairn’s hub.

Read on for our free Fremantle v GWS tips ahead of their clash at Optus Stadium from 4.35pm on Saturday.

The Giants barometer is too often injured but is undoubtedly among the best AFL players of his type and is a match-winner when on song. Greene is playing his second game back from injury and should be better for the trot against the Eagles. The small is paying $4.50 to kick 3+ goals which we think is good value on this ground, with Greene having a knack of producing when the stakes are at their highest.

Andrew Brayshaw to get 25+ touches

This Fremantle v GWS tip is paying $2.80 which looks to be good value for the Dockers young gun to get 25 touches or more. Brayshaw gathered 26 against the Swans last round and 16 the week before, showing there is still volatility in his output. We think he can back it up this week, largely because the GWS midfield, with the exception of Matt De Boer, is usually happy to go head-to-head with opposition onballers.

GWS face the harrowing thought of leaving their stay in the Perth hub with no wins, and a severely bruised ego, if they can’t defeat Fremantle. They have struggled to recapture the rhythm that helped them into a grand final last year and D-day is fast approaching, if they are to make finals. Another loss and the Giants can probably put a line through 2020. This won’t be an easy game for the Giants, as shown by Collingwood’s slip-up against the Dockers in Perth recently, but we’re willing to give them one more chance to get their season back on track. Our final Fremantle v GWS prediction? Giants by 14 points.

How can I watch the Dockers v Giants AFL clash?

How can I bet on the Fremantle v GWS round 14 AFL game?

What time does the Freo Dockers vs GWS Giants game start?